***SEE NOTICE IN POST BELOW REGARDING FPS***
Name of the Facility:
Black lotus Combat Range

Days and hours of operation
Only Saturdays, 10 am to nightfall

My first impression when I pulled up was the terrain is really cool. It is a mix of trees, a marshy area with a river running through it (that you can walk in, if you wanted to), grass, and urban broken down barns. My second impression was "wow theres a lot of little kids here".
I was hesitant to even play, because I don't like playing with super young people, but I was already there, so I decided to give it a shot.
The person running the event, Compfire, was about 30-40 years old, and there were a couple players about 18-22 years old, but the majority of players were probably about 16 years old.
However, I still had a lot of fun. All the younger players listened to the older more experienced players and took orders.

The games they run are fairly balanced and fun. We played one called "bank robbery" in which 4 "robbers" had to escort a money package and the police had to rescue hostages.

The field obstacles are pretty cool. A few cars that you can play in and around, a tower, a lot of barns, and a "fort" with two stories and a tower in the process of being built.

I will probably go back, but only if I knew that some others my age were going or if I was really desperate to play airsoft.

I would rate the field itself a 4/5 for variety of terrain, size, and plenty of shade.
I would rate the play experience a 2.5/5 just because of the young population that was there.

Also, one last thought, there is no FPS limit or engagement distance rules. I saw a few pretty gnarly hits that drew blood.

If you live near Loveland it is probably worth checking out, but keep in mind that there will probably be a young crowd.

Might take the team up there some time if anyone would care to join? Like split said, if we can get a good sized crowd of the same age group it should be way more fun! 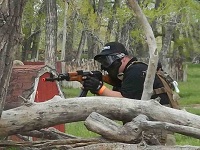 I'd probably go if you we got a decent group together

I don't mind playing with young players, it just slightly bothers me when they don't care to listen to any of my input and wave around loaded guns in the staging area.

@Crack wrote:I don't mind playing with young players, as long as they listen to orders and don't wave their guns around with their finger on the trigger in the staging area with the mags in (scary stuff, really).

I had a feeling that would upset people, I was struggling how to word it, I changed it from listen to orders to Listen to my input.

@Crack wrote:I had a feeling that would upset people, I was struggling how to word it, I changed it from listen to orders to Listen to my input.

Again, I appologize if I seemed rude, I just didn't know how to word it. I'm not the my way or the highway type, I just dislike it when people don't listen to my ideas, such as I go to suggest one and they shoot it down before I finish elaborating it.

I think the problem is not with orders being issued on the field. If there is a command element on field coordinating an attack or defense, orders are necessary. The issue falls with those individuals who can not follow orders, effectively ruining a coordinated attack or defense plan.
_________________
chris.nielson@brigademilsim.com

As a word of caution to all of you considering going to Black Lotus. They are implementing new FPS limits.

Currently they are allowing up to 650 FPS. That is 3.9 Joules at muzzle.

At 100 Feet, their proposed engagement distance, the round will be travelling at 586 FPS or 3.17 Joules.

Your ANSI Z87.1 rated lenses are only rated to handle 3.05 Joules maximum. Their proposed FPS will exceed what your goggles are certified to protect your eyes from, even at 100 feet.

Out of concern for players, Boulder Airsoft LLC will not be organizing or promoting any future events at this location while this high FPS rule is in effect.

The highest FPS you will see at a Boulder Airsoft sanctioned event is 525 FPS or 2.6 Joules at muzzle. At 100 feet it would be travelling at approximately 452 FPS which is 1.92 Joules.

Below is a photo of an impact rated Pro-Tec brand helmet that had a hole punched in it from 50-75 feet away during a game at Black Lotus. 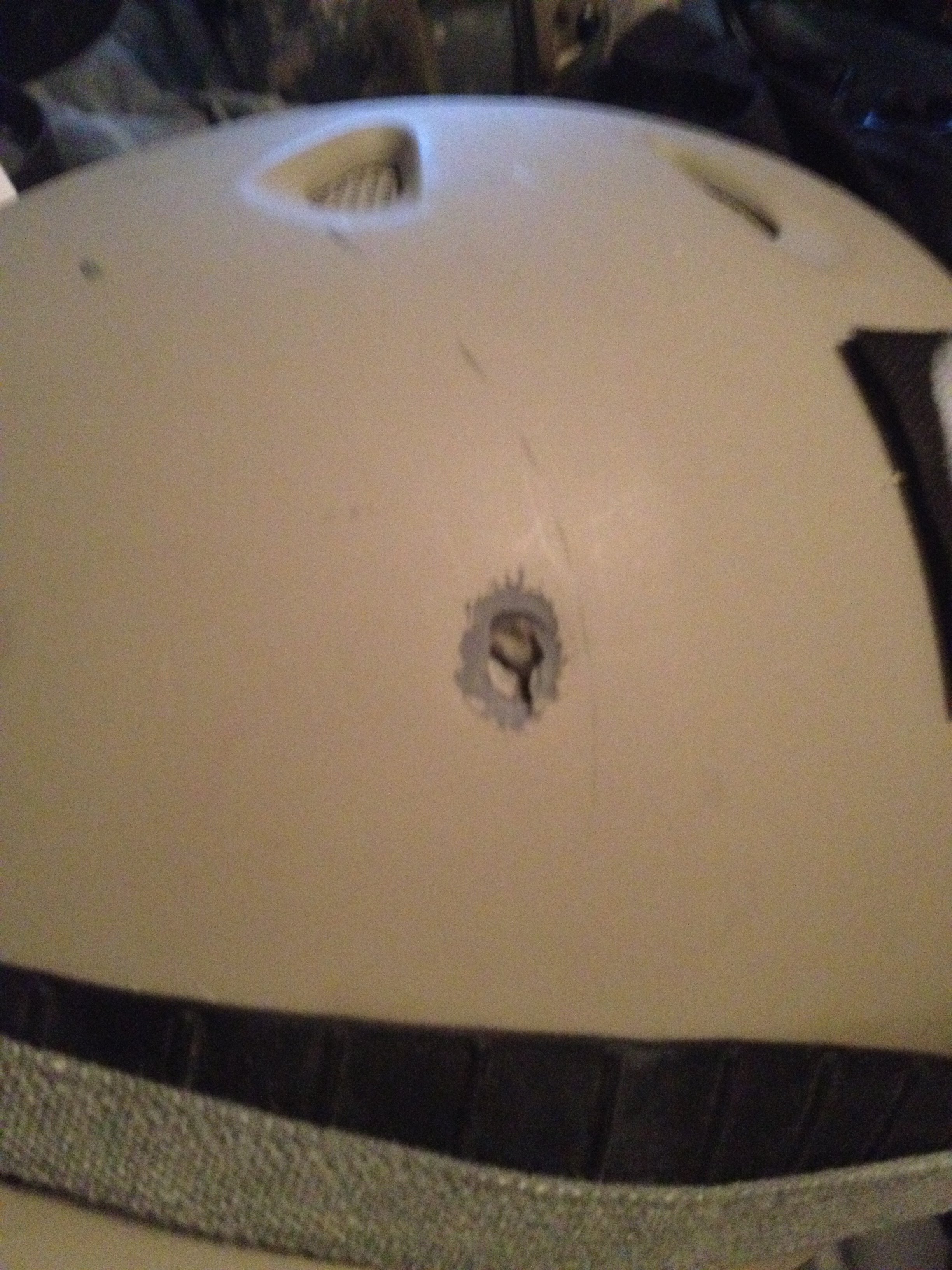 BUSINESS HAS CLOSED
AS OF DECEMBER 2ND, 2012